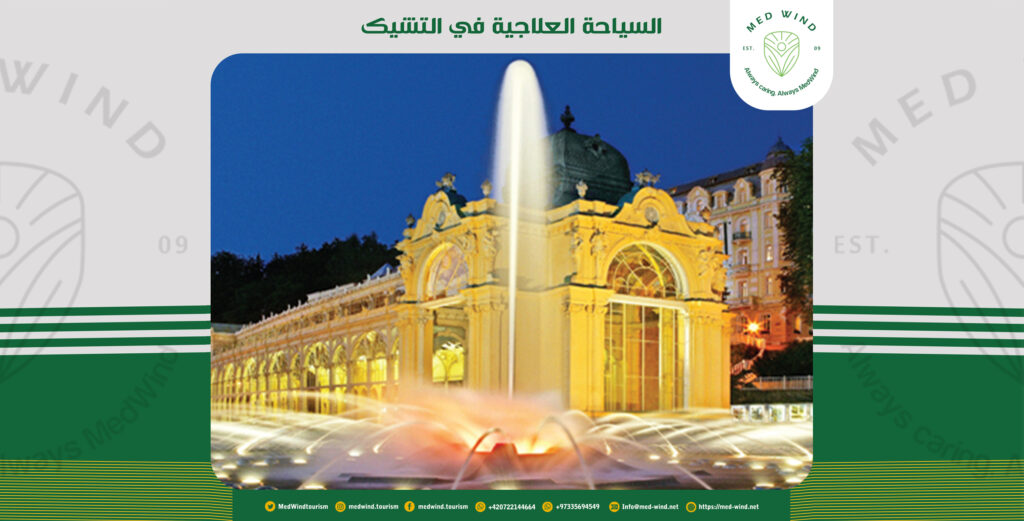 Medical tourism in the Czech Republic

Where does the Czech Republic offer medical tourism? In the unique and distinctive form, through the presence or availability of sanatoriums and treatment centers located in the picturesque natural area or located in one of the historical cultural cities that affect the psychological state of the patient, which helps him to improve his health condition, which makes medical tourism trips in the Czech Republic distinct from other medical trips other, Where the medical tourism trip in the Czech Republic works to enjoy the time in treatment, meditation and recreational trips, due to the presence of picturesque areas and historical areas that indicate the country’s civilization and progress and what are the monuments that attract tourists from different countries of the world to see the gardens, parks and historical cultural cities in addition to enjoying In a state of complete relaxation in nature amidst the natural surroundings and enjoying the best forms of old-fashioned buildings and historic cities.

Medical tourism and physiotherapy in the Czech state are not one of the events that took place in this modern era, but medical tourism in the Czech Republic began since ancient times, when King Charles IV in the early fourteenth century established a historic city that includes ancient historical civilizations and includes a large number of natural areas This city was distinguished by its mineral springs and natural springs all over the world and European countries. There are many other medical and tourist cities that are no less important than the tourist and therapeutic city of Karlovy, and this is why the Czech state is one of the best international and European countries that are famous for medical tourism in the world.

The cities of the Czech state are among the best tourist cities in the world due to the beauty they contain in their nature and the beauty of the tourist areas enjoyed by a large number of tourists and travelers, but in the case of traveling for medical tourism in the Czech Republic, you must know all the medical tourism areas in The Czech state, because it has the largest edifice of tourist resorts and therapeutic resorts that are commensurate with the sick conditions that the patient suffers from, and what are the best areas and therapeutic clinics in the Czech Republic, The Czech state has the best visions for medical tourism that suits your condition.

Therapeutic sanatoriums are also located in the city of Yakhimov, as this city was famous for its transparent water springs, where there are the largest and best baths with healing water through which you can get rid of pain and diseases that attack your body. From tourists and travelers to the city of Jachymov to get the best healing baths and get more relaxation and complete calm.

The city of Talbiseh and Dobi

The city of Mariinsky Lazne

The city of Mariinsky Lasne is one of the newest cities in the Czech state. Mariinsky Lazne is famous for having a high percentage of mineral water. This city is located in the west of the Czech state, in addition to a large number of sanatoriums and treatment centers in which it is located.

Where there are many sanatoriums and other treatment centers and they are widely spread in the small Czech state, where a therapeutic clinic was discovered in the seventeenth century and it was called Podeprade.

Physiotherapy in the Czech Republic:

Clinics and treatment centers in the Czech Republic use mineral water that is available in the country in order to cure many diseases and treat some diseases through physiotherapy clinics, where mineral water helps in healing patients with diabetes, high blood pressure, cholesterol and some other diseases that affect the body, including kidney and organ disease. Respiratory, urinary tract and digestive problems, in addition to its ability to get rid of some pathological problems in the body, such as getting rid of some carcinogenic diseases that lead to cancer of parts of the body and affect public health.

Many clinics and treatment centers in the Czech Republic are working to treat health problems that come after surgical operations, some deformities and deficiencies that occur in the body, bone problems, patients with stroke or brain clots, getting rid of obesity, rheumatism, growth problems, delays in growth processes, forgetfulness, and treatment Parkinson’s disease in addition to the problems of Burgan disease and many other diseases.