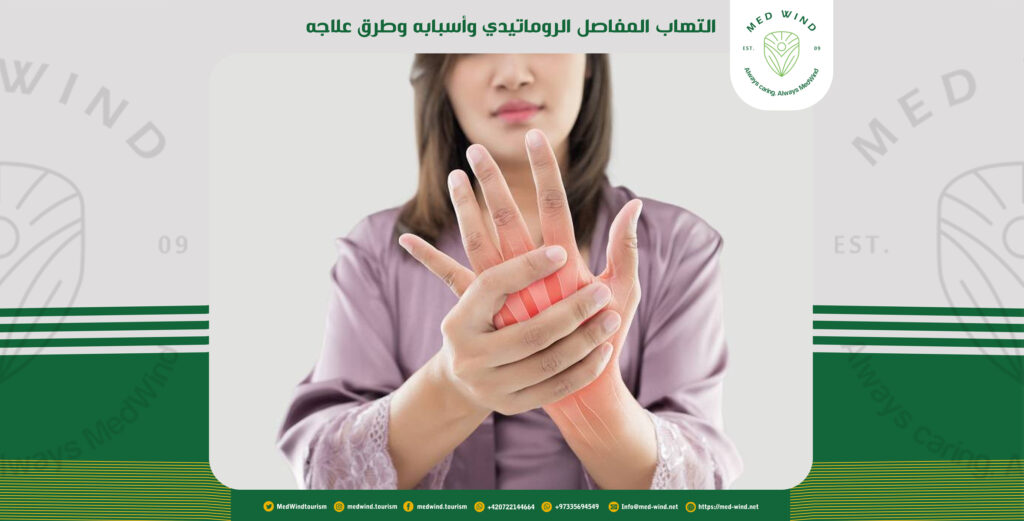 After research and scientific studies conducted on a number of patients with rheumatoid arthritis and the experience of a different number of drugs that help treat the disease, it has been proven that there is no specific treatment or treatment that cures the diseased cases of rheumatoid arthritis, but there are some ways that the treating doctors follow in order to continue The work of the joints in the patient’s body and reducing the feeling of pain in the joint areas. Therefore, it is necessary to go to the physiotherapist or the treating doctor to put the appropriate situation that helps the patients to overcome the stage of danger and the spread of the disease.

There are many symptoms that accompany people with rheumatoid arthritis, depending on the disease condition and the severity of the disease’s impact on the affected people, so you should go to the case specialist or the treating doctor in case you feel any of the following symptoms:

Symptoms of rheumatoid arthritis appear in the event that the immune system stops attacking foreign bodies, bacteria and viruses that enter the human body and go to fight the connective tissues in the joints and attack them. They are called synovial membranes.

Where white blood cells cause the disposal and erosion of the outer membrane of the joints, which works to withstand the shocks and bumps that the joints are exposed to and infect the joints with inflammation, swelling and rheumatoid disease.

Proteins can also cause rheumatoid arthritis and cause many damages to human health and damage to cartilage, tendons and bones. They become deformed and can also become paralyzed or permanently disabled due to the occurrence of these deformities and other health problems.

But there are still several different causes that lead to rheumatoid arthritis, and it is one of the reasons that work on infection and face many health disasters that the patient is exposed to, and these infections can arise due to genetic factors and genes from either of the parents or one of them, and also because of continuous and unintentional smoking. A security for the health of individuals. Rheumatoiditis can be infected due to external environmental factors such as bacteria and viruses that are present in the air and in some polluted areas in the world.

Factors that increase the risk of developing rheumatoid arthritis

There is a group of factors that increase the risk of developing rheumatoid arthritis and that negatively affect human health, and the factors that shake it include the following:

Gender: Women are more affected by rheumatoid arthritis than men, children and the elderly.

Age or age: All age groups can be affected by rheumatoid arthritis, but the most common cases are those between the ages of 40 to 60 years, but it can also affect children and the elderly.

The analyzes and scientific research conducted on a large group of rheumatoid arthritis patients did not prove or determine the complete treatment that works to treat rheumatoid arthritis, but there are many ways that reduce the risk of the disease spreading and work to relieve joint pain resulting from injury during these multiple methods Physiotherapy, which many patients resort to in order to relieve pain and help in increasing the work of the joints and not stopping them or regulating their work through the exercises determined by the doctor.

It is also possible to resort to chemical drugs that relieve pain and reduce the aggravation and spread of the disease, as studies have shown that physical therapy, exercise and medications determined by the doctor according to the diagnosis of the disease.